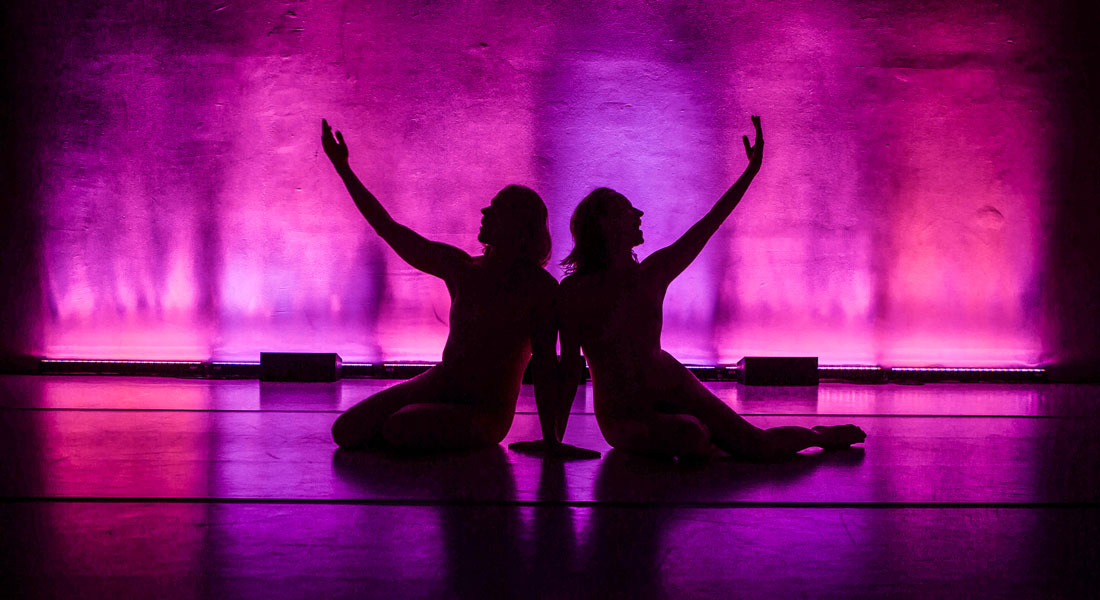 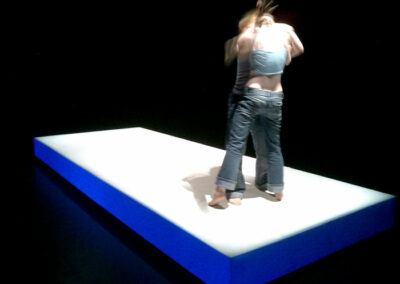 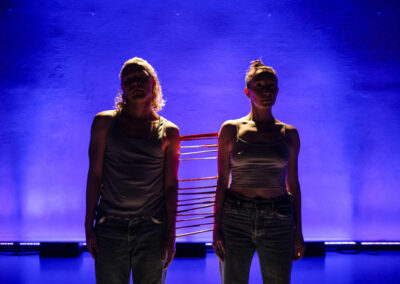 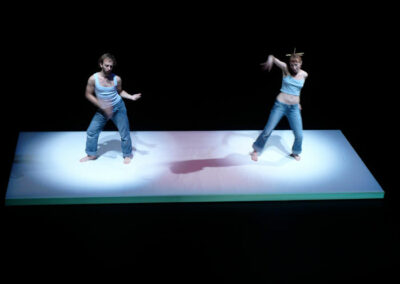 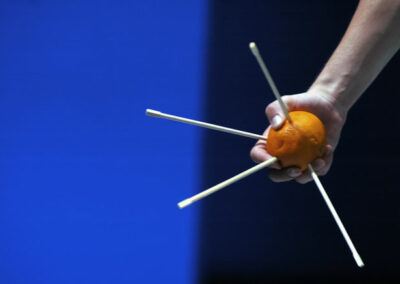 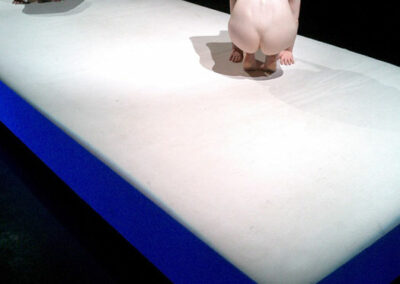 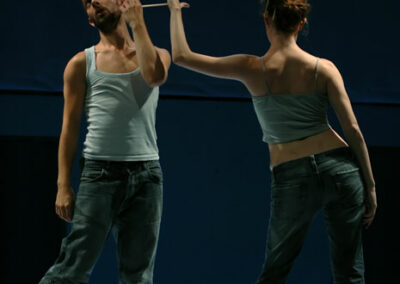 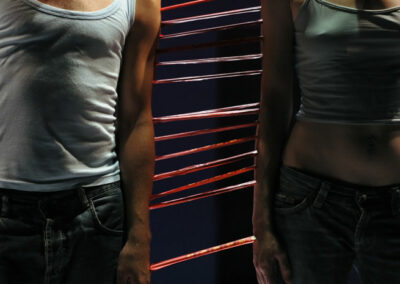 Living Positions brings back to the stage a selection of outstanding contemporary productions from the fields of dance, theater, music theater and performance. So far, these productions have only been shown in Vienna for a few days. Living Positions invites you to rediscover special, experimental,
cross-genre pieces that were created in Vienna and also internationally successful.

Running Sushi is not narrated as a linear story, but lets the audience decide for themselves the sequence of scenes on offer and thus put together their own menu. This results in a completely new script every evening.

Running Sushi is inspired by the Japanese art of anime. The performance runs like the image sequence of a manga comic. A woman and a man try to reanimate their private idyll, which has become senseless, and thus write a possible storyboard for a future existence on the screen. In Running Sushi, images are copied and further developed to return as their own two-dimensional real world.